This short lived idea to reward the regulars and promote camaraderie was another crazy brain-child of the Mai-Kai managers and owners.

This mini version of the drink menu was created by Leonce Picot before he had any idea what they would do with it.

On a specific date, everyone received the cards. Each drink they had was then punched on the card and once they had all the drinks they became members of the Okole Maluna Society. The first person to finish became the president of the Society and a black velvet portrait was done by Eric Askew and hung behind the bar. Around the portrait were the member’s mugs with their names on it. Members were the only ones allowed to order the “Okole Maluna” cocktail in their mugs. 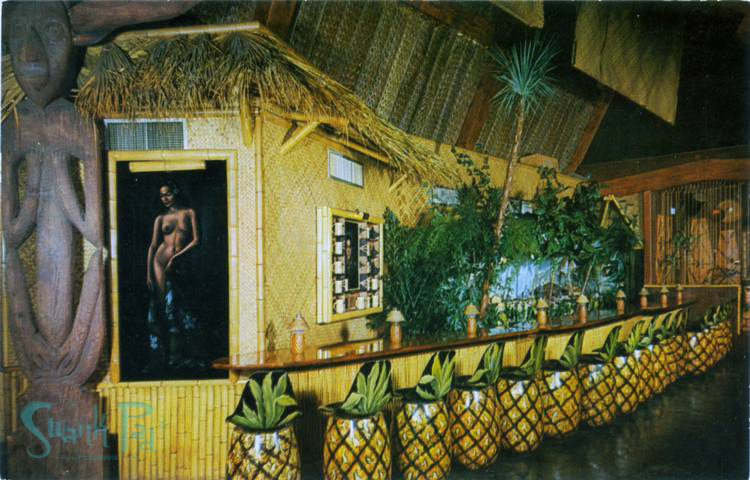 You can see the portrait and mugs behind the Surfboard Bar in the main dining room.

This promotion was won the first time when a customer had all 46 drinks in just 3 nights. It ended after just a couple of years as they decided making drinking a race was a bad idea. In the words of Bob Van Dorpe, “I think we killed a few people.”

Read the whole story and see more in the book. 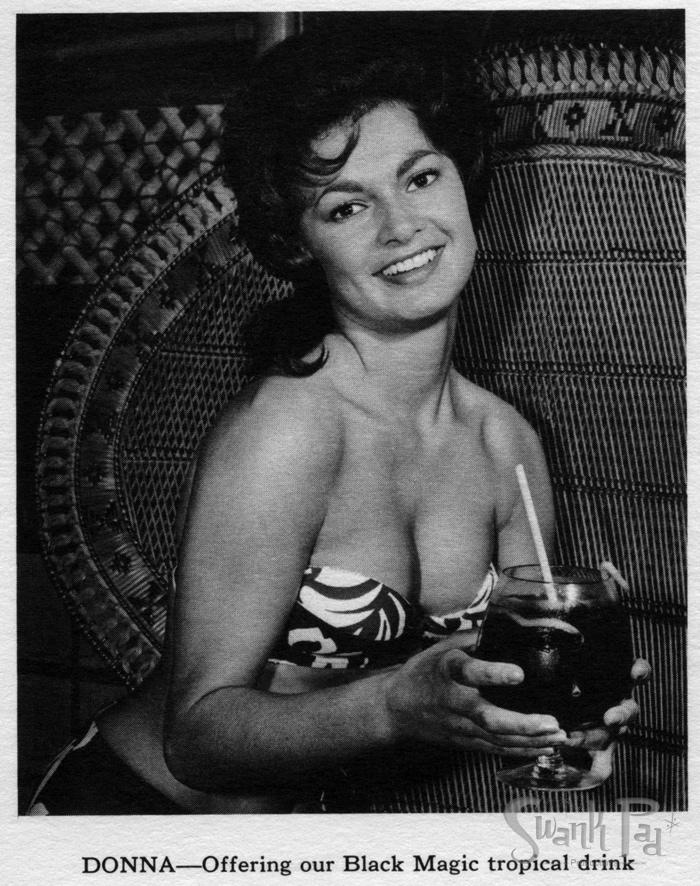