Limited Edition of 22 only 16 Remain 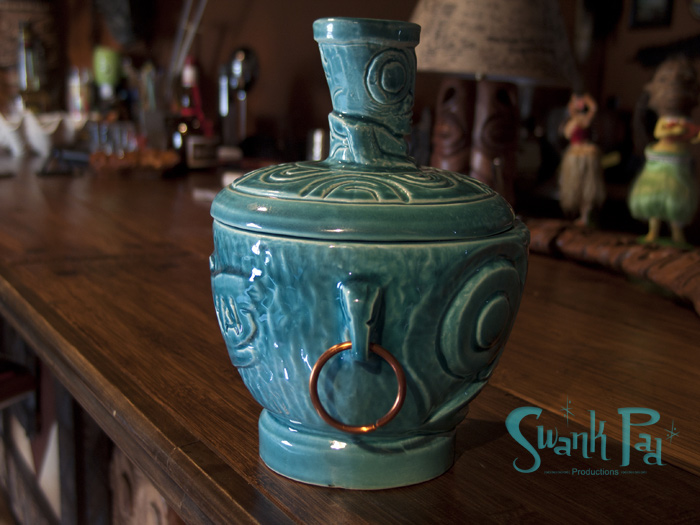 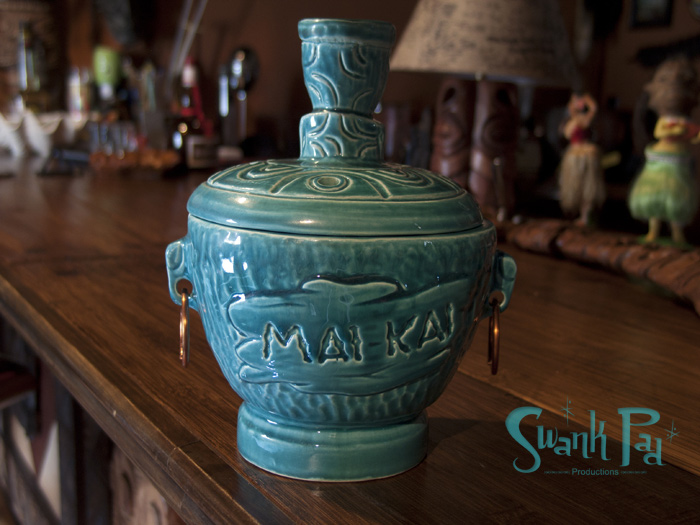 Danny “Tiki Diablo” has taken this extremely rare (I know of only 2 in existence and only one with the lid) original Mai-Kai bowl used in a drink identification contest in 1961, and put his spin on it. His creation, “Tupaupau,” meaning “Devil Woman” in the island tongue, pays tribute to the Mai-Kai and a little story in the book.

CLICK HERE TO GET ONE BY BECOMING A PATRON

The original lidded bowl from the 1960s:

Danny’s limited edition version takes the design deeper and adds his style, and he adds copper earrings! Has 2 straw holes and a reservoir for dry ice or 151 flame.

This bowl was limited to 22 in this color. I have number 1 and gave 3 others to people who helped me in my book project. The remaining 17 will go to supporters via Patreon.