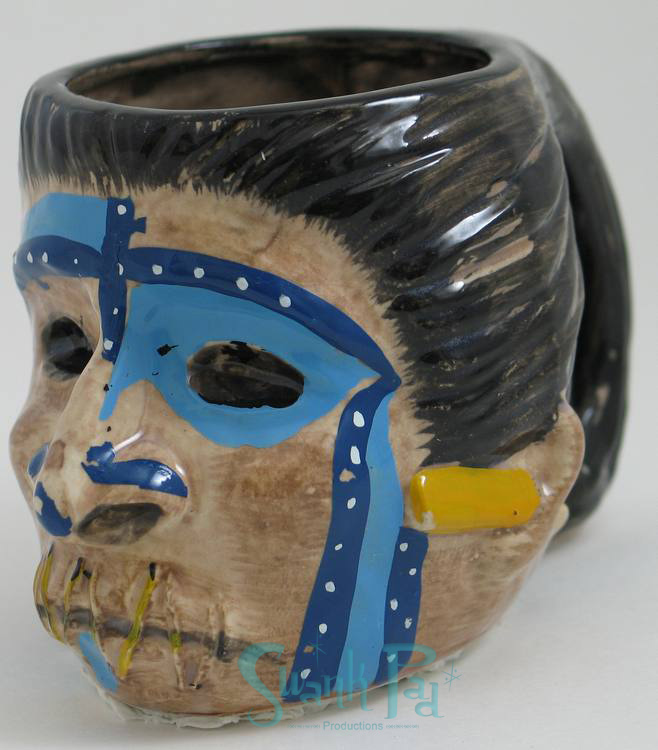 The Mai-Kai has used a variety of ceramics and glassware. These are some I have documented: 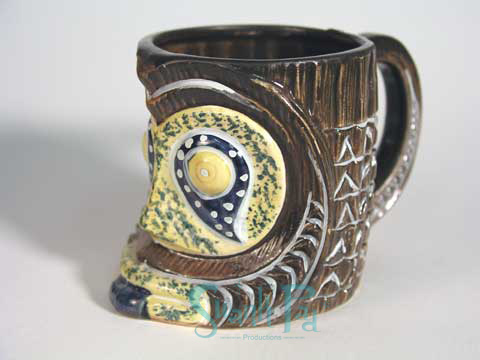 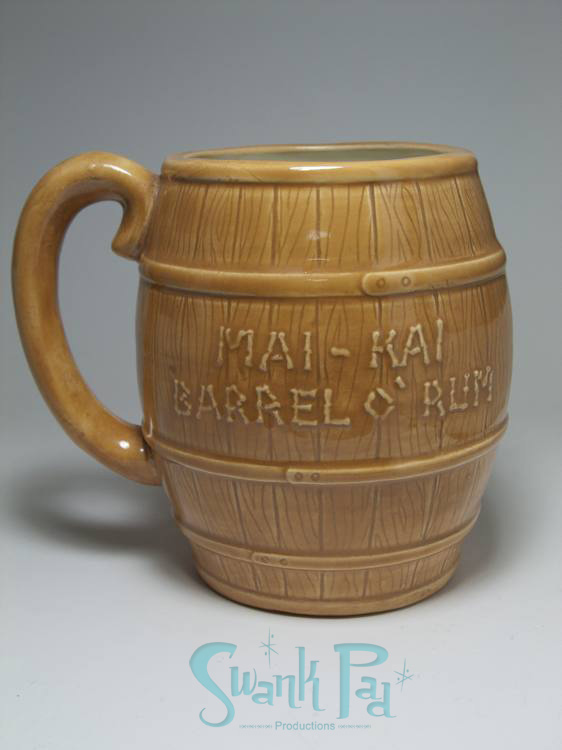 Rare handled Rum Barrel. May have never been used in the restaurant. 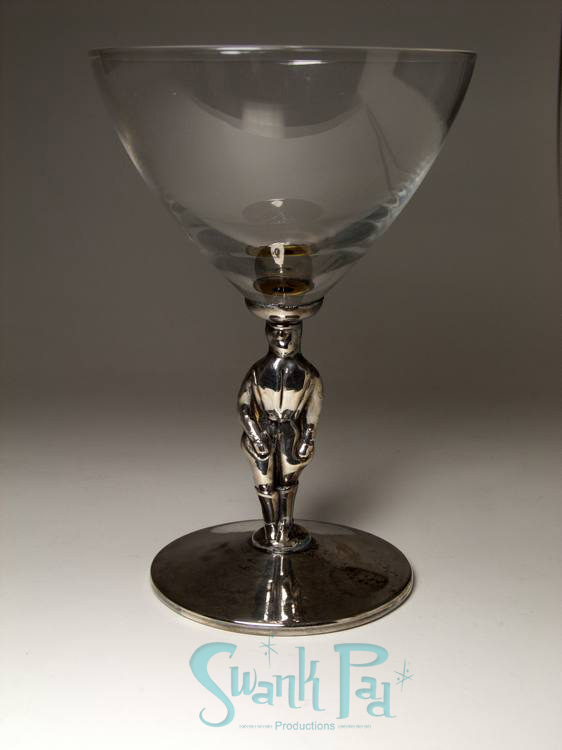 Super rare solid silver base Derby Daiquiri glass given to the winner of the Gulfstream Derby Mai-Kai Cup or Rums of Puerto Rico Cup. 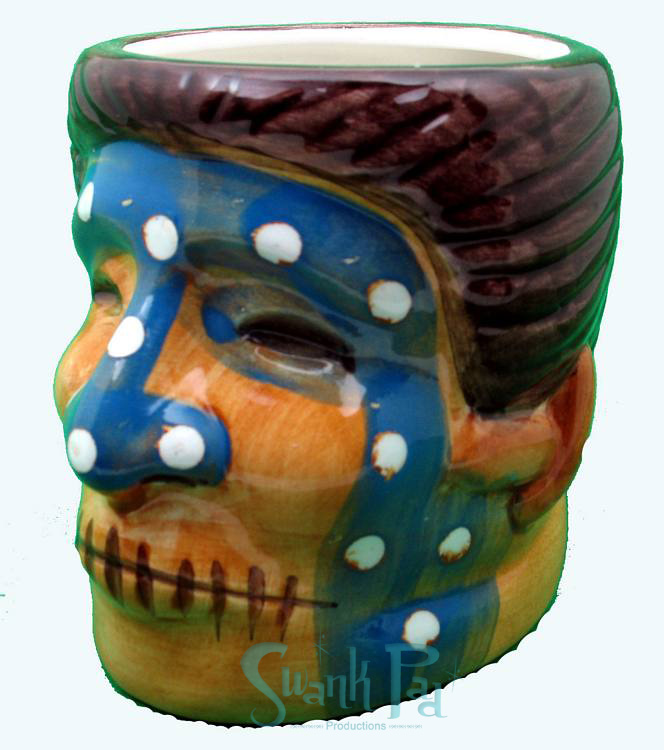 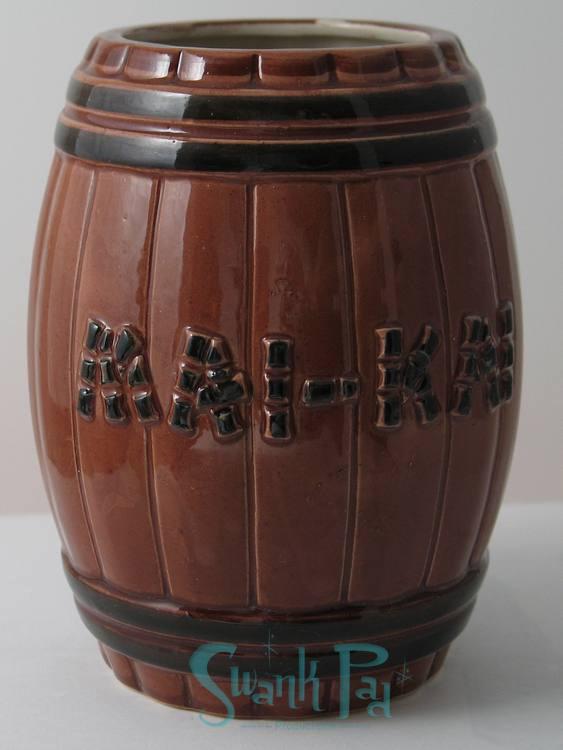 Drum mug sold in the gift shop and given away in contests. 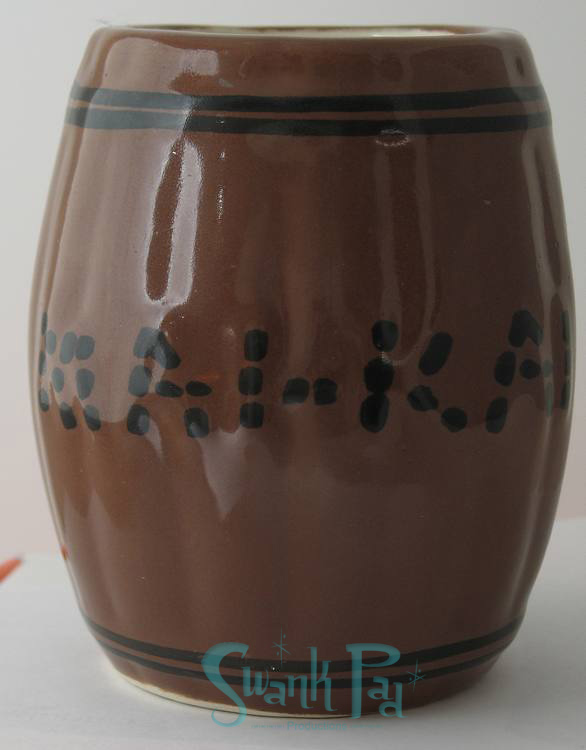 The older Mara Amu mug. One of the most common mugs out here due to it being for sale from early on. 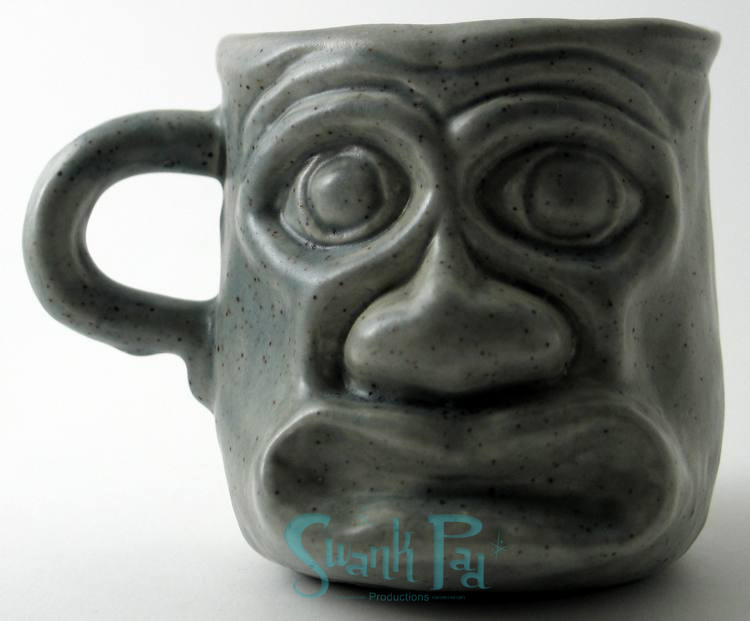 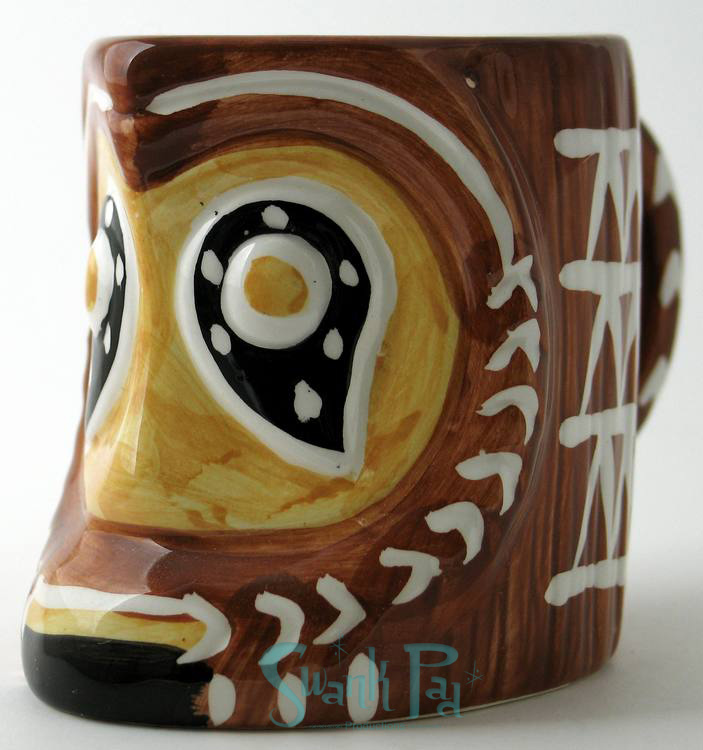 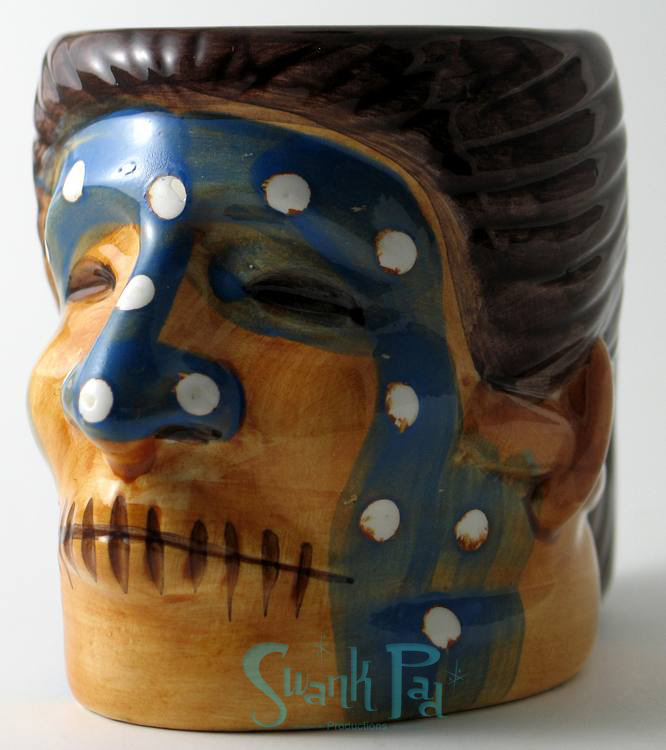 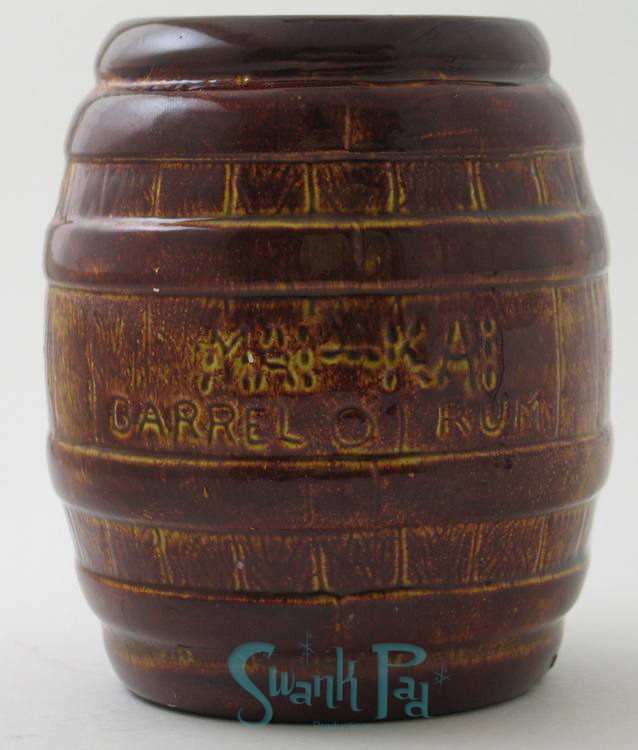 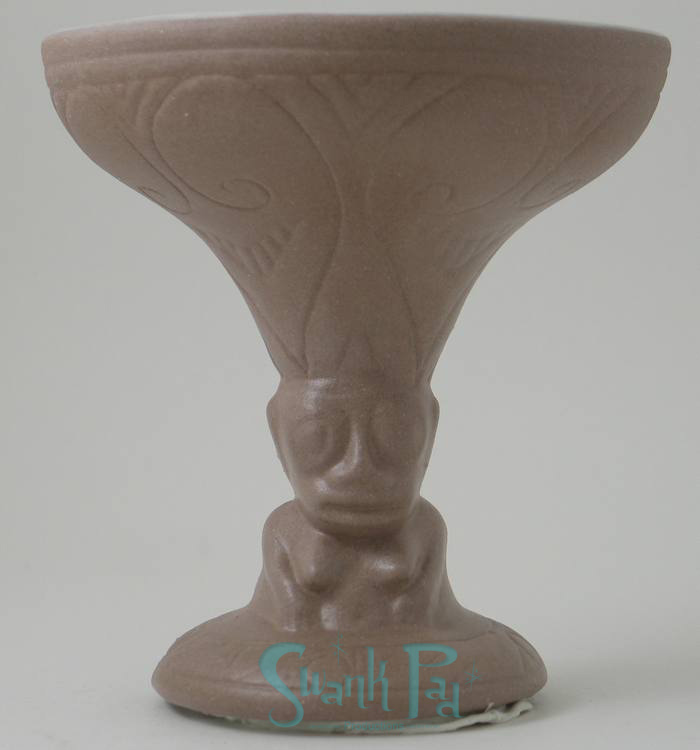 Early perhaps desert bowl. These were too easy to tip over and break and were not used very long. 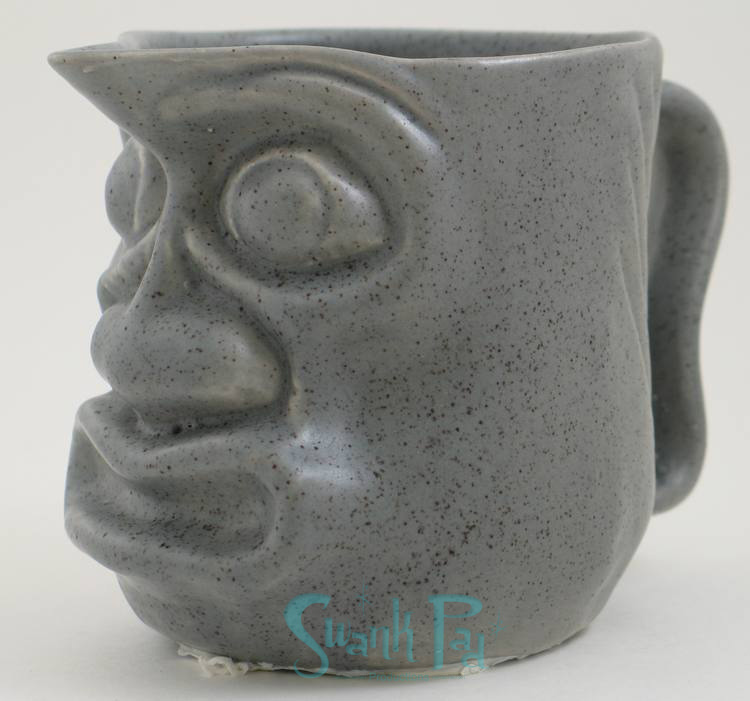 Coffee Grog pitcher from the collection of Duke Carter

A rare mug that likely was never used in the Mai-Kai. Probably a test or prototype. 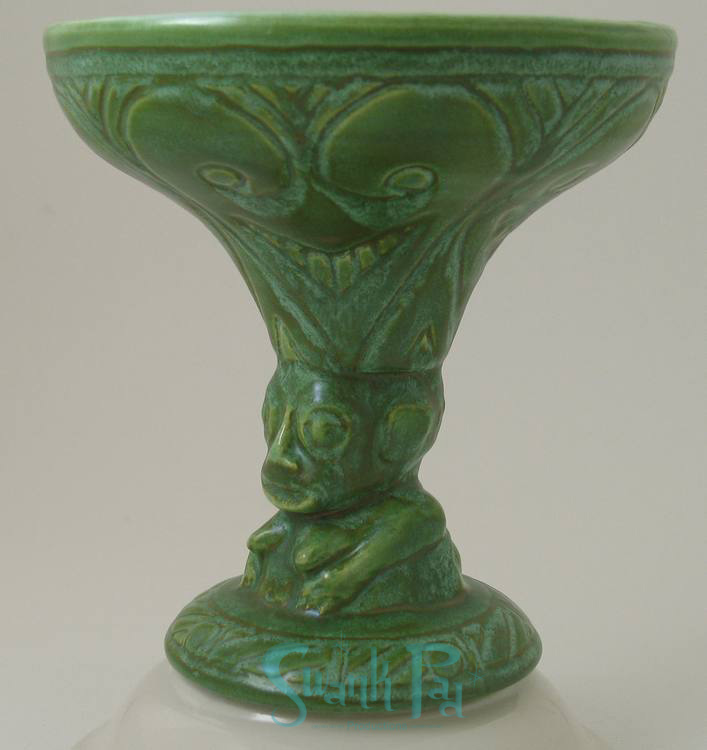 A green version of the desert bowl

Another possible prototype Rum barrel that likely never was used. 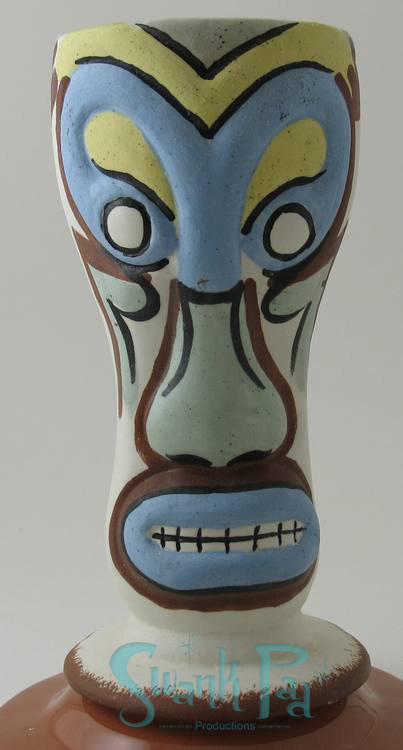 Another prototype likely never used in the Mai-Kai.

Mai-Kai mug of unknown use. May have never been used. 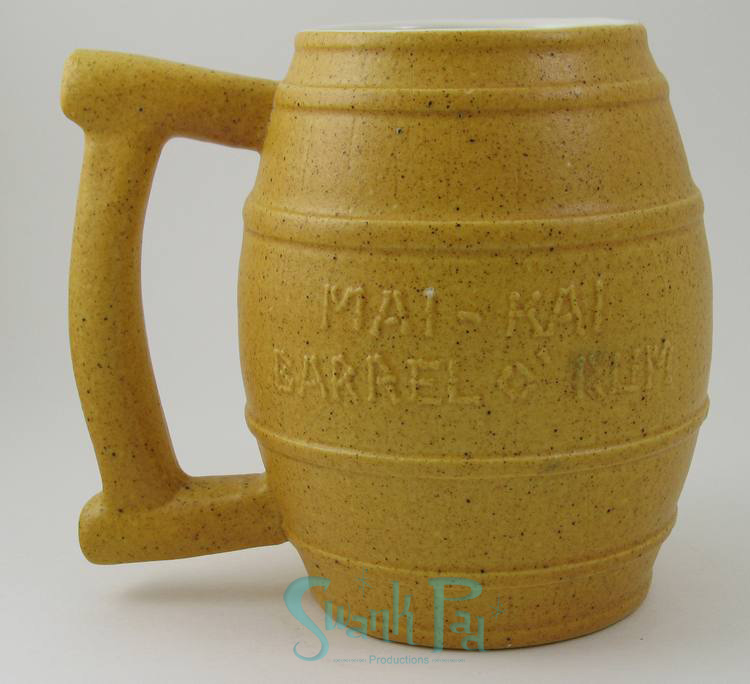 Another handled Rum Barrel that likely was never used.

The earliest and most detailed Shrunken Head mug.

The original Mystery Bowl by Harper of Florida.