Mariano Licudine didn’t get the coverage I wanted in the book. I just was too pressed for time. I hope the full story gets written. 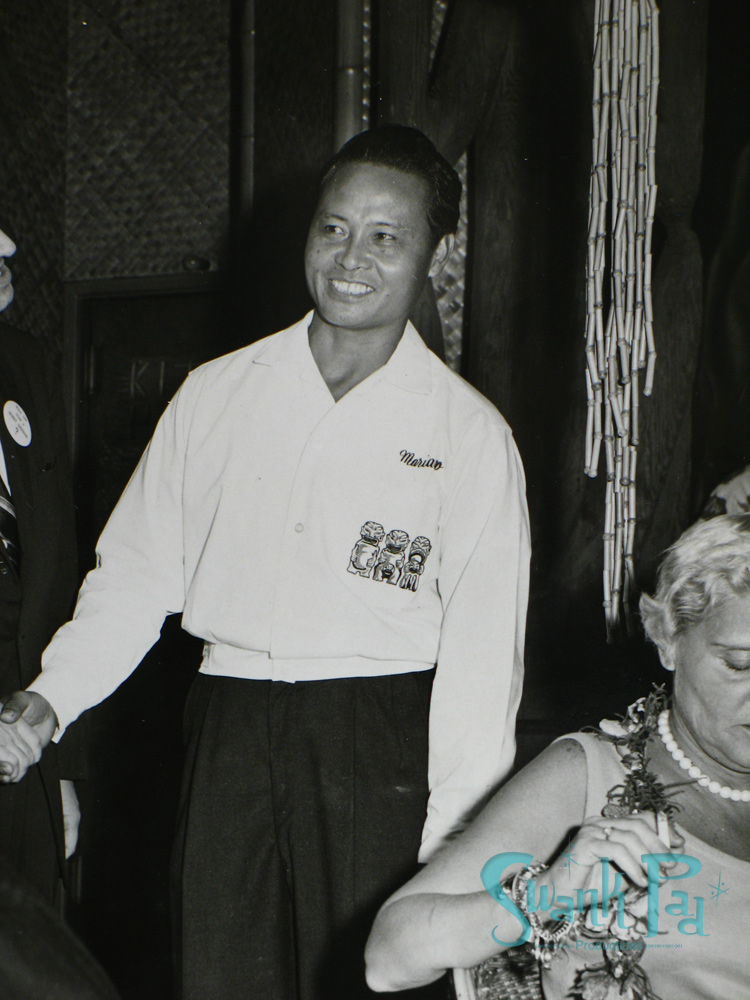 The Thorntons did something rare and amazing with Mariano, they put a spotlight on him. He wasn’t an anonymous staff member hidden in the kitchen as were most bartenders at Tiki bars in the 30s to the 60s. In his 16 years at Don the Beachcomber he may have never seen a customer.

The Mai-Kai put him in their ads. They promoted him.

Here are the brothers Jack and Bob giving him a gold and gem encrusted money clip in appreciation and as a photo op for promotion.

And here is that money clip: 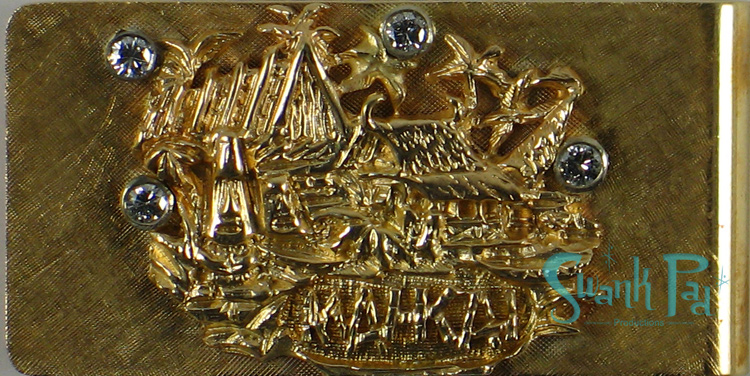 A letter sent by the brothers in 1956 welcoming Mariano to the Mai-Kai team. “Your hay-fever days are over.”

Mariano was also an athlete and here we see him with Bob Thornton and the 1957 (1959?) Mai-Kai bowling team league champions.

And here he is in 1962 with a golf trophy along with the club owner. Obviously he was accepted at that time at the country club.

Here he is in the stock room with Bob Van Dorpe. 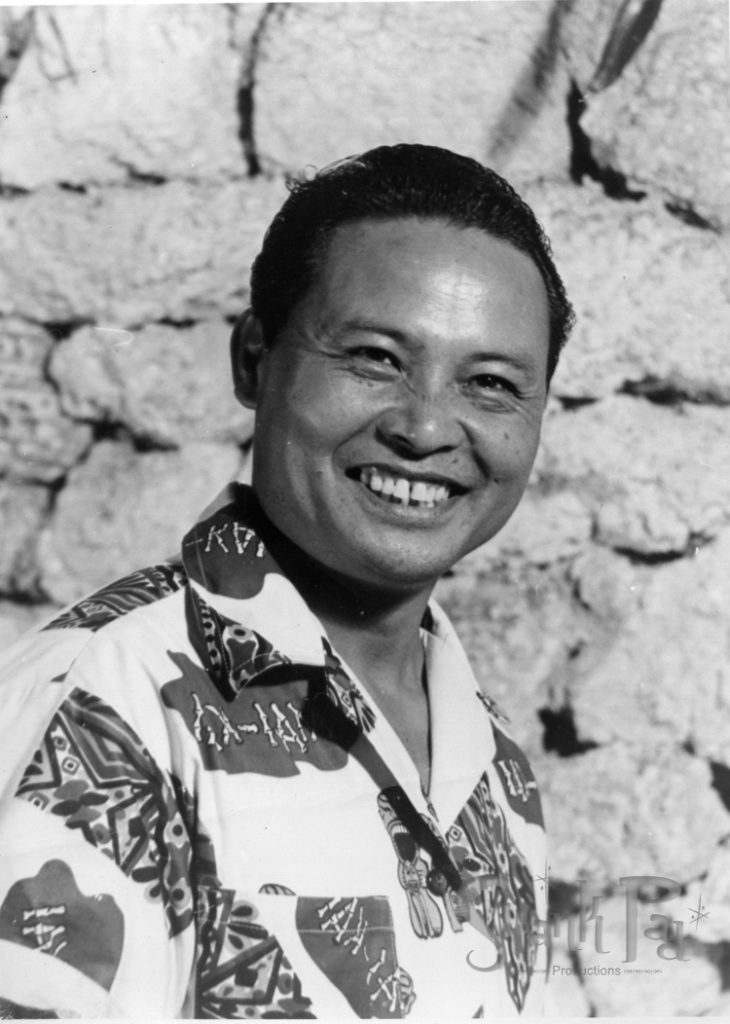 Here he is in Puerto Rico on a promotion trip.

An October 1979 appreciation certificate from the Mai-Kai for 23 years of service signed by the founders, Fulton Thornton, Robert Thornton, Jack Thornton and mother Betty Reed, along with manager Kern Mattei Sr, upon his retirement. 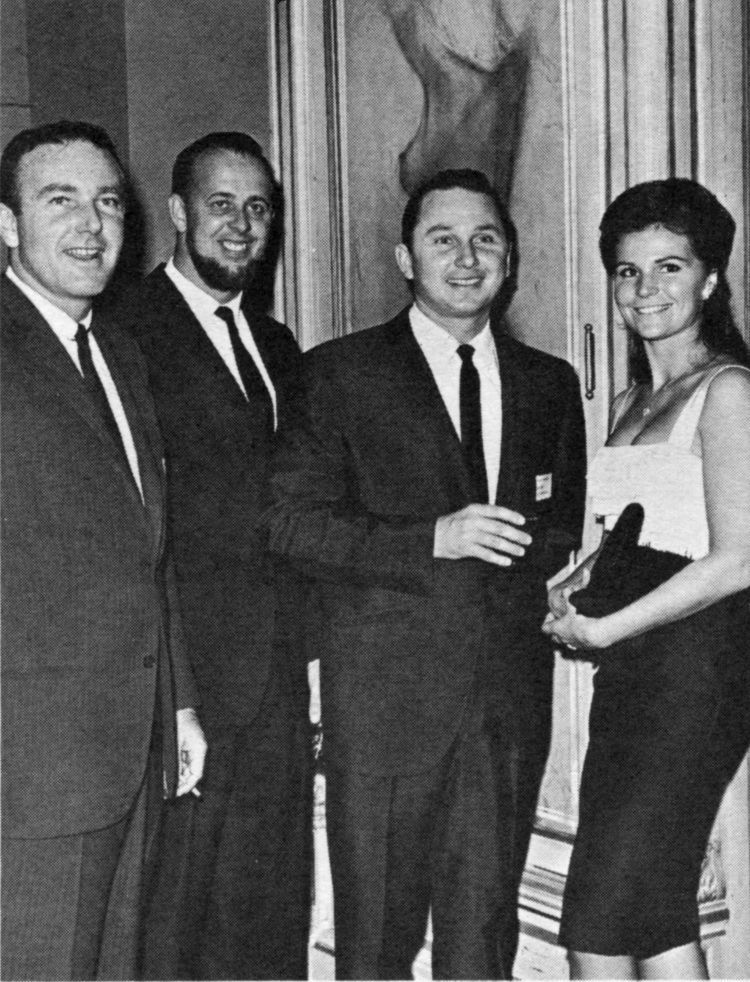 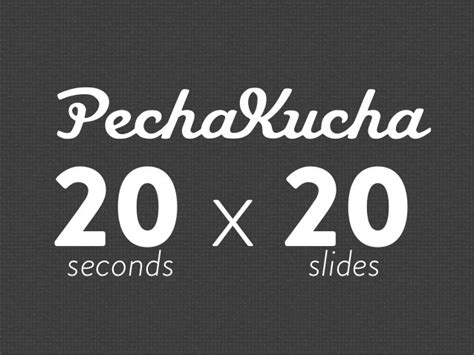 13 thoughts on “Mariano Licudine – “The Houdini of the Liquids””